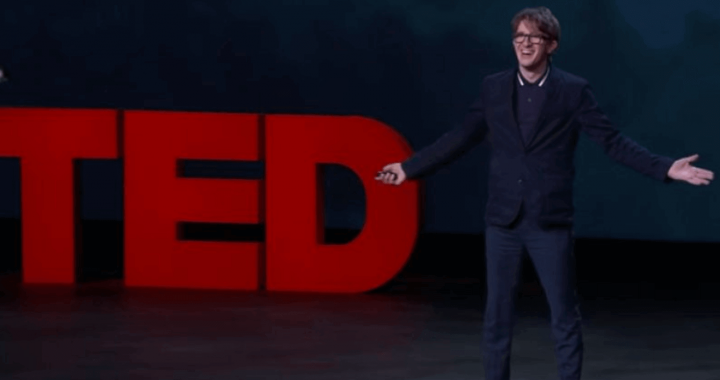 “Solomon, Your Email Intrigues Me” [Videos]

There’s been some buzz online this week around the June 2 US launch of James Veitch’s book, Dot Con. For those of you who aren’t familiar or can’t remember, Veitch accidentally became one of the most famous names in the email industry after his December 2015 TED Talk in Geneva, Switzerland, This is what happens when you reply to spam email, which features his now legendary first words to the scammer, “Solomon, your email intrigues me”.

With more than 59 million views on TED’s channel (and 51 million views on YouTube), Veitch’s unassuming talk has become the second most watched TED Talk of all time. Not bad for a British comedian and former Apple Genius Bar employee, whose life was unexpectedly transformed by gold and Nigerian princes.

Veitch has since consolidated his fame with follow up talks such as, More adventures in replying to spam (34 million views on YouTube) and The agony of trying to unsubscribe (21 million views on YouTube), a Scamalot series on Mashable, as well as appearances on TBS’ Conan and NBC’s The Tonight Show with Jimmy Fallon, and headline acts at numerous international comedy festivals.

Interviewed this week on Detroit’s WPHM radio about how it all started, Veitch replied, “the scammer chooses you, you don’t choose the scammer”. He went on to explain that his first reply was actually to “a friend who was marooned on a desert island  who had lost [his] wallet and wanted [Veitch] to send money”.

The host proceeded, “One of the things, James, that you say in the book, I think in the introduction, you say, ‘If you think that you’re not getting scam emails, then you have a very good spam filter.’ I haven’t looked in my spam folder in months, it’s been a long, long time. I went there and felt like I was in this dirty basement somewhere, there’s a lot of junk there.”

Anyone who works in the email industry will know that the host’s observation was 100 percent accurate; if you’re not seeing spam, it’s not because you’re not getting it, it’s because your email provider has effective antispam protection in place that protects your inbox and keeps you safe. If you’re still getting Solomon in your inbox, talk to your email provider; there is a better way.

Towards the end of the interview, Veitch reveals that when he finally did come clean with Solomon, he sent him an email that said, “Solomon, you know, that I’ve known from the start that you’ve been a scammer, and you know that I know that you know”. To Veitch’s shock, Solomon didn’t know, so as far as Solomon was concerned, Veitch and the Gummy Bears were legitimate.

But rather than talk more about Veitch and his incredulous success recounting email and spam stories, we invite you to watch/rewatch (below) his three most popular videos for yourself. Enjoy!

atmail is an email solutions company with 22 years of global, white label, email expertise. You can trust us to deliver an email platform that is secure, stable and scalable. We power more than 170 million mailboxes worldwide and offer modern, white-labelled, cloud hosted email with your choice of US or (GDPR compliant) EU data centres. We also offer on-premises webmail and/or mail server options. To find out more, we invite you to enquire here.