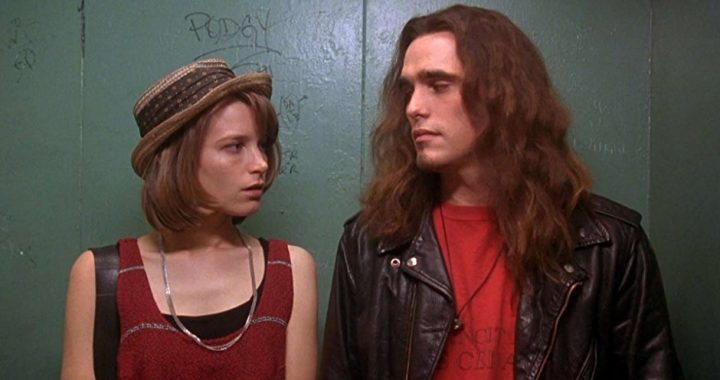 Back in 1992, Warner Bros. released Singles – Cameron Crowe’s romantic comedy about a group of Gen X’ers in Seattle, Washington, during the 1990s grunge phenomenon. Yet despite an 80% critics rating on Rotten Tomatoes and a cast littered with famous names such as Bridget Fonda, Matt Dillon, Kyra Sedgwick, Campbell Scott, Bill Pullman, Tom Skerritt, Jeremy Piven, Eric Stoltz and more, the film was rewarded with only moderate box office success. Instead, it became better known for its soundtrack (featuring Pearl Jam, Alice in Chains, Soundgarden, The Smashing Pumpkins and Paul Westerberg), which skyrocketed to best seller status three months prior to the film’s release.

But, box office success or not, Bridget Fonda’s character in Singles imparts a very powerful lesson for choosing an email platform.

When Fonda’s character moved from Tucson to Seattle, her long wish list of what she wanted in a man went as follows:

But after she lived through the pain of trial and error, Fonda’s character scaled it down to someone who said “bless you” when sneezed.

Yep, that’s all she really needed: someone who said bless you when she sneezed.

We see this a lot with companies shopping for email vendors. Like Fonda’s character in Singles, companies start enthusiastically with a long list of everything that they’d like their email system to do, including (but not limited to):

But sooner or later, most companies realise that, just like Fonda’s character:

(a) They don’t need everything on their wish list

If you’ve ever paid for a top of the range kitchen appliance that came with a dozen cook books, you’ll know that you probably didn’t need the most expensive appliance (just to make a banana smoothie), nor did you have the time or the inclination to use any of the twelve cook books. In hindsight, you wish you’d come out of the store with what you went in there for: a simple, reliable, cost-effective blender.

Home buyers are the perfect example of this. Seduced by the glamour of home renovation shows, home buyers typically start with an unrealistic wish list of what they would like included in their new home. But once the reality of their budget kicks in, they realise that they don’t want to pay for that custom-built games annex, or that pricey leather lounge made from grass fed cows. They can get by with their hand-me-down sofa and they never have time to play games anyway.

In the same way that you wouldn’t go to a combo Thai-Aussie-Mexican restaurant when you were looking for an authentic Thai meal, would you opt for the email vendor offering an all-in-one kitchen sink (with the free set of steak knives), when you could be better served by going to a specialist email provider (who you knew you could trust with your large scale, email platform)?

Whether or not you’ve seen Singles, we encourage you to consider Bridget Fonda’s lesson before you sign up to your next email platform…

Do you really need everything on your wish list? Or do you just need a reliable and trusted email platform that works?

Do you really want to pay for everything on your wish list? Or can that investment be better spent elsewhere?

Is an all-in-one offer really the smartest choice? Or would it be better to articulate exactly what systems and features you need, then go to the relevant specialists in each category to provide the most reliable (but cost-effective) solutions for each?

Ultimately, the choice is yours.

If you need help to make your decision, let us know. 🙂

What Are Our Most Popular FAQ at atmail?