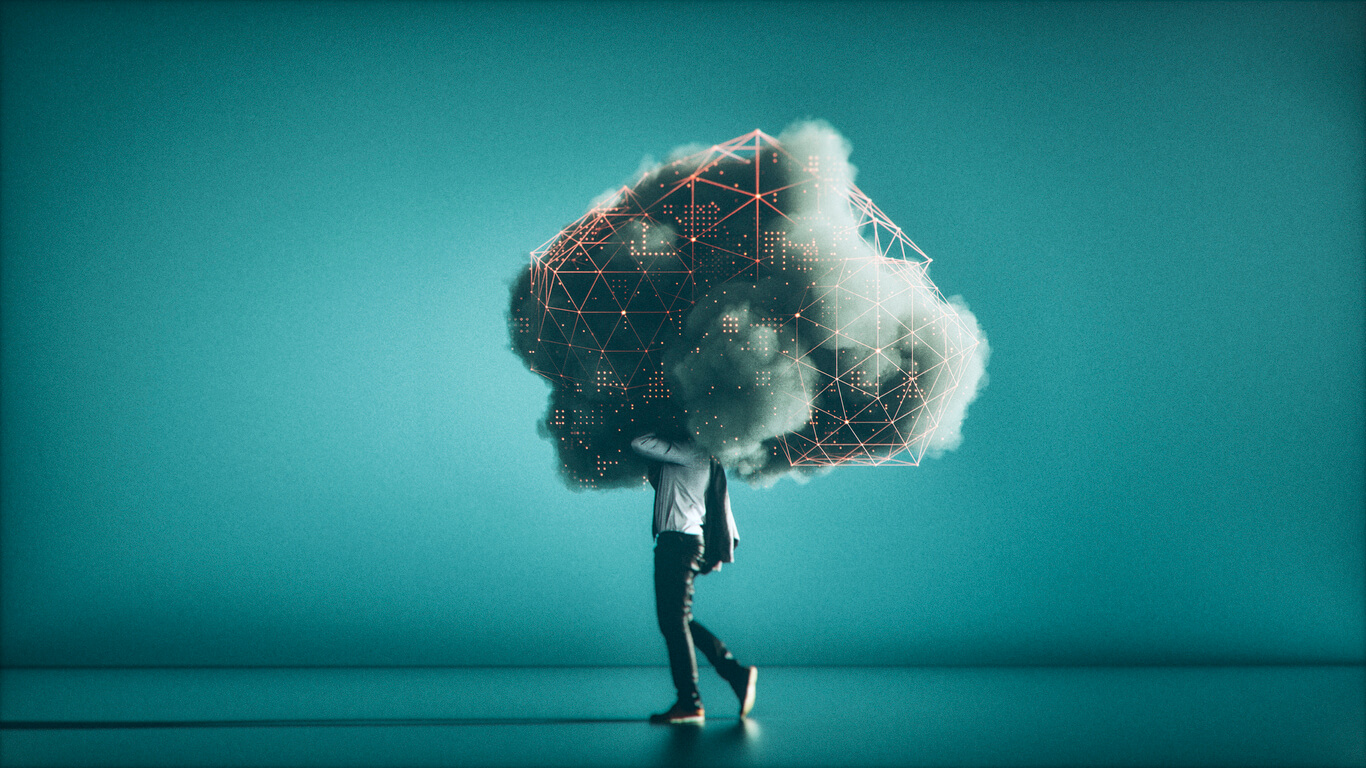 As Cloud Adoption Accelerates, Why Are Some Still Waiting?

All technologies have an adoption curve that reflects when users start transitioning to new opportunities.

The number of new adopters over time typically fits neatly onto Rogers’ bell curve. At the top of the bell curve, successful technologies reach the critical mass where investment, development, efficiencies of scale and market penetration all feedback into each other and accelerate the adoption rate.

Smartphones are a good example. Smartphones were initially a replacement for ‘call and text only’ cell phones. But increased adoption drove increased investment, which drove feature development of both apps and technology (such as GPS and cameras). This in turn drove increased usage and eventually drove even higher adoption so that today, smartphones are not just ‘call and text only’ replacements – they are computers in your hand and they are account for 50 percent of the global mobile market of around 5 billion users. Source

Cloud technology is another good example. The earliest records of cloud computing – time-sharing solutions – entered the market in the 1960s and 1970s to help large vendors such as IBM and DEC submit remote jobs to operators. This concept was extended in the 1990s when telecommunications companies began offering virtual private network (VPN) services and then again in the 2000s when Amazon released its Elastic Compute Cloud in 2006. Since that time, the growing popularity and adoption of cloud computing has driven increased investment and a whole new world of possibility for businesses and vendors alike. Email platforms, CRMs, finance systems, HRM applications, data storage and security programs are just some of the many software solutions now housed in the cloud. Source

In fact, it’s now far more than just ‘some’ solutions in the cloud. In August 2018, Gartner reported that 25 percent of public companies of any size, industry and region have transitioned to a cloud email platform. (Interestingly, “email security, web security and identity and access management (IAM) remain organizations’ top-three cloud priorities,” said Ruggero Contu, research director at Gartner.) Dave Bartoletti reiterates the size of today’s cloud market in Ten Key Developments In Cloud Computing Shape The Industry In 2017 , saying “The influx of enterprise dollars will push the global public cloud market to $236B in 2020, up from $146B in 2017.” That’s a 161 percent growth in just three years.

The success of the cloud computing business model is due to it mirroring the very earliest agrarian dealings. Early farmers found that by specialising in one crop, they could develop an expertise which allowed them to produce more than they needed. The surplus was traded with others and the market was born.

Cloud email is the same proposition. You have many servers, you need them all for the holiday sales, but the rest of the year you have surplus processing, storage and/or network capacity which you can sell to your friend/customer. You eventually become a server, network and storage expert and your friends/customers can take advantage of this focus by leaving their network processing to you, so they can stay focussed on with their own area of expertise.

Next, came those whose business type was generic enough to use the available services. These businesses wanted to benefit from the simplicity, reliability and reduced cost that came with outsourcing. They used standardised business models – or at least had parts of their business that were able to be standardised – and were able to benefit without the expense of customisation.

Along with these came the new businesses who were able to completely avoid the investment in IT infrastructure as they grew. Due to the rapid pace of change in the modern marketplace, the benefitted by being able to begin quickly with a minimum viable product and then adopt rapid prototyping and development techniques such as Agile, to stay nimble but grow fast. The ability of cloud services to offer solutions that scale easily and only charge for capacity used is a perfect fit for the new, minimalist, rapid growth, business model.

Finally, the market has reached critical mass where suppliers and developers are meeting the needs of more specialised industries, solving security issues and developing new solutions such as containerisation. This broadening of the market has quickly increased the potential customer base and adoption rates are reflecting that, as businesses see first-hand the advantages of cloud-first approach.

However, despite the domino effect of accelerated cloud adoption in the past 10-20 years, combined with concrete signs that cloud technology is not a fad but rather, a foundation for the future, some laggard businesses are putting themselves at risk by not paying attention. 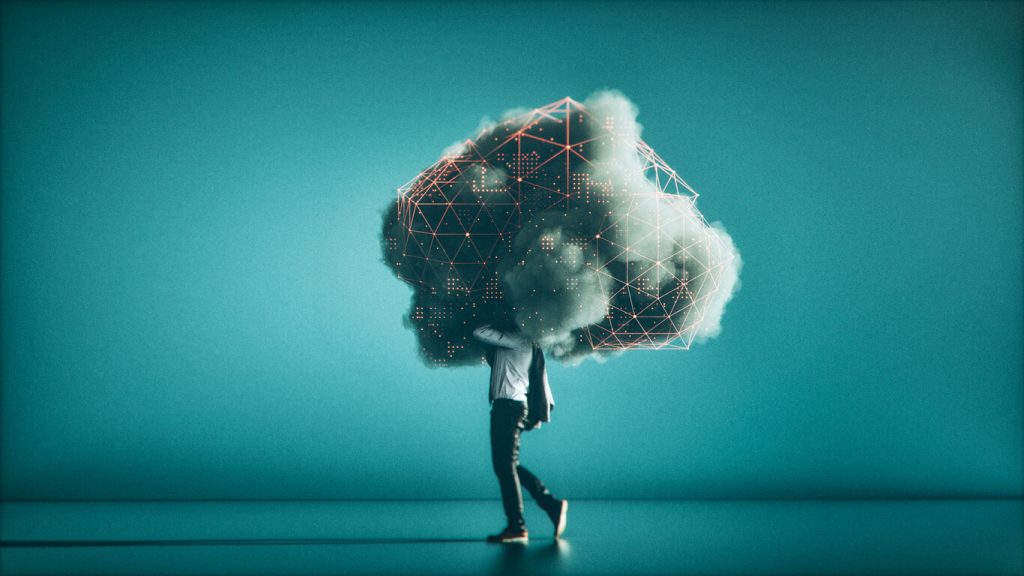 Are the Laggards Being Left Behind?

Yes. Despite the advantages of moving to the cloud (e.g. cost efficiencies, quick deployment, no infrastructure costs, scalability, improved reliability and disaster recovery, flexibility, collaboration and more) and the fact that “late adopters have made a major jump in cloud use over the last 12 months” (says Bain and Company’s Michael Heric), there are still laggards (slow adopters) who are being left behind.

Some organisations are so entrenched in legacy systems, that the lift and shift process is too risky or too expensive. When old systems use formats and workflows that are poorly integrated or significantly different from what is offered by cloud providers, it can increases costs and exacerbate the risks of maintaining end-of-life software.

Some have such high-level security requirements that trusting any third party is not an option. This is typical of military and financial businesses, even though with the number of cloud software options on the market today for literally all aspects of their business, it’s getting harder and harder for them to exclude total use of third party and/or cloud systems.

And some say they’re worried about security and reliability. But, cloud providers routinely and easily supply geo-redundant, automatically backed up, professionally managed platforms that have been audited, penetration tested with genuine follow-the-sun 24*7 support. Can you offer this to your customers at the right price point without moving to the cloud?

Many of the remaining businesses however, are simply missing out – often because they have not taken a second look since discarding the idea before the industry had matured. Others are so busy dealing with the demands of business, that they haven’t recognised the opportunity that they’re missing out on. Others are seeking advice internally from teams whose best interest is served by keeping as much work as possible in-house. Old concerns that have now been solved, such as security, bandwidth, reliability and more, are still rolled out as excuses when in effect, they’re no longer valid.

More surprising are the finance teams who don’t look at the total cost of running a service in house compared to the same service in the cloud. Perhaps total cost of ownership (TCO) is an overused term, but that shouldn’t be an excuse to discard proper financial evaluation. The licence costs for an email server system, for instance, are (almost) insignificant compared to the hardware, network, storage and staff to maintain and run it. Yet, decisions to dismiss cloud email solutions are routinely based on this single metric alone.

Finding Your Place on The Curve

If your organisation has not yet moved the bulk of its networking to the cloud, now’s a good time to ask yourself why. For example:

Whatever the case, make sure that if you are a cloud adoption laggard, it is deliberate and for good reason.

Otherwise, you (and your customers) are being left behind.

And when this comes to technology, this is never a good omen for your company’s short-term success or long-term longevity. 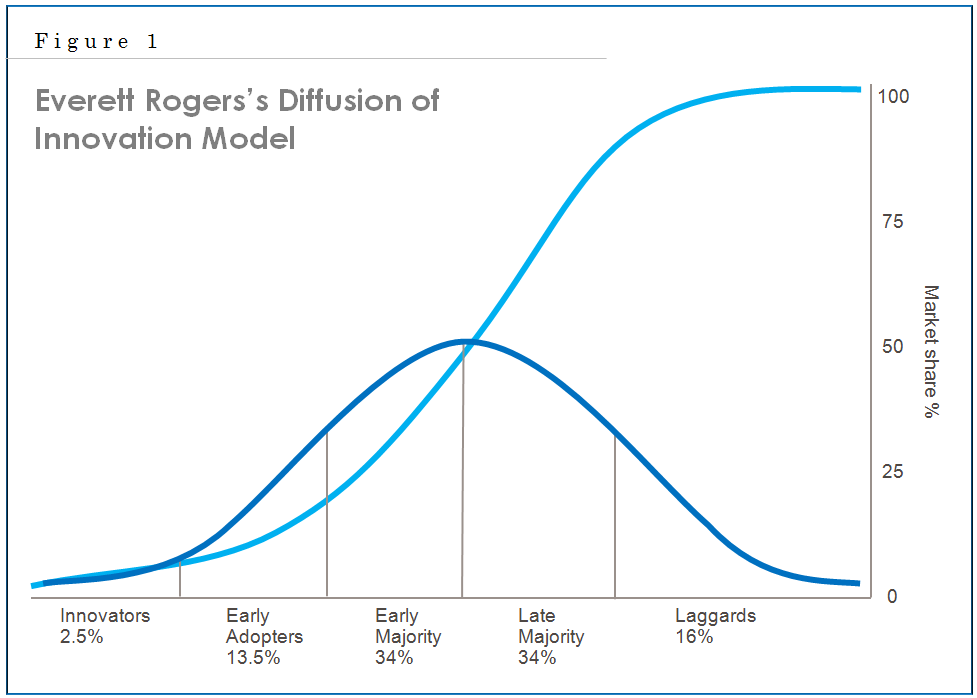 With 20 years of global, white label, email expertise serving telecommunications and hosting providers across every continent, you can trust us to deliver white label, cloud email solutions that are stable, secure and scalable. We power 170 million mailboxes and offer user-friendly, cloud hosted email with 99.99% uptime and your choice of US or (GDPR compliant) EU data centres. Or, if you want to stay in-house, we offer on-premises webmail and/or mail server options. Talk to us today.

Market View: The future of passwords