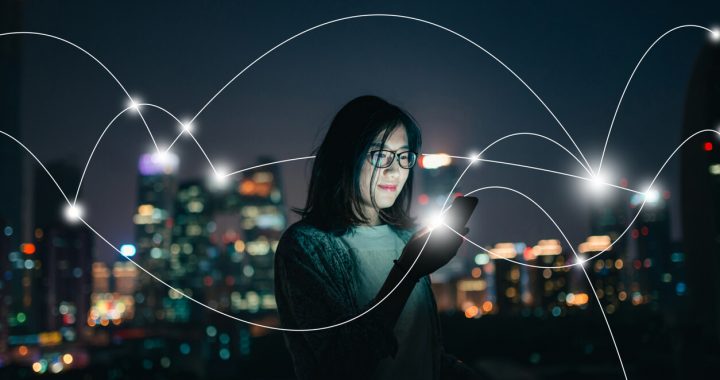 Are Telecom Providers Moving to the Cloud? If So, Can They Do It Alone?

It’s hard to find a telecom publication these days that doesn’t evangelise moving your data and worries to the cloud. Cloud-based technologies are forcing a fundamental shift in how the telecommunications industry works and most insiders agree that the future of the telco industry is deeply intertwined with the cloud. This is despite some early telco efforts that fell rather flat and sparked comments which suggested that telcos were “genetically incapable” of capitalising on everything cloud computing had to offer.

But are trusted telecom providers really moving to the cloud?

If yes, why are they moving to the cloud? And can they do it alone? 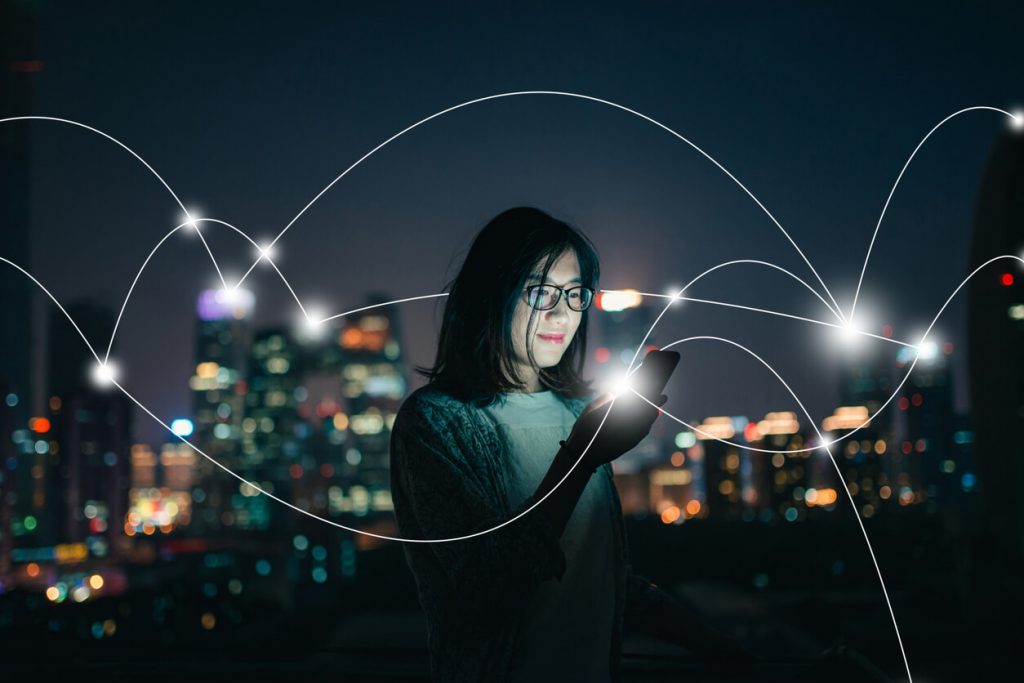 Are Telecom and Internet Providers Moving to the Cloud?

Yes. Moving to the cloud is not a fad. Cloud offerings are now cemented in nearly every industry and telecommunications is no exception. If a telco wants to compete, it needs to be moving to the cloud.

The National Institute of Standards and Technology (NIST) defines cloud computing as “…a model for enabling ubiquitous, convenient, on-demand network access to a shared pool of configurable computing resources (e.g. networks, servers, storage, applications, and services) that can be rapidly provisioned and released with minimal management effort or service provider interaction.”

In simple terms, moving to the cloud boosts scalability. The cloud’s on-demand self-service, broad network access, resource pooling, rapid elasticity and measured service enable cloud customers to expand and contract infrastructure resources at will (without worrying about the physical constraints and upfront costs of hard-drive space, CPU, memory and bandwidth). This is what makes the cloud so powerful.

Cloud capability also allows telcos to take advantage of Network functions virtualisation (NFV). NFV removes some of the hardware necessary for running a network and replaces it with software that can be run on a server located anywhere in the network. Big names like AT&T and Vodafone are betting heavily on virtualised networks and it’s likely that other leaders in the industry will follow suit.

Software-defined networking (SDN) is a close counterpart to NFV. It allows network operators to react quickly to changing consumer needs. Changes can be made from a central location, making updates to the system faster, easier and more efficient. Features formerly provided by hardware are now software-based, so they can be updated, replaced and customised with much less time, effort and monetary expense. Telcos, often thought as large and slow-moving members of the communications sector, suddenly become more agile with cloud services, NFV and SDN.

It’s no secret that traditional telecom revenue generators are hurting. Voice and messaging plans are earning less, with experts predicting that the decline will continue, unless telcos implement new or enhanced revenue streams.

This graph from STL Partners’ Telco 2.0 Transformation Index shows the decline of traditional revenue streams (such as voice and messaging) through to 2020:

Data is likely to make up the majority of future telco revenues, with digital services becoming an increasingly important component. (If those digital services look familiar, it might be because today’s biggest cloud providers have been offering them for years.) Services such as over-the-top (OTT) content, SaaS applications, identity services and advertising have made Apple, Google and Facebook billions of dollars. Hosting, developer support and enterprise mobility form additional revenue streams that telcos are not taking full advantage of just yet.

OTT entertainment providers are driving much of this change (think: Netflix and Amazon Prime replacing cable subscriptions). But, consumers today also have more available communication options than just traditional telco offerings. FaceTime, Google Hangouts and Slack let people communicate around the world, whether they have a traditional voice plan or not. Even Apple’s text-messaging app prefers to send messages over wireless networks instead of along traditional SMS pathways.

But even beyond these new competitive pressures, telcos are beginning to face the reality that their business model is outdated.

“The model of locking the customer into your network and billing them for it in ways that do not necessarily match their consumption is redundant,” says Joerg Koenig of Vertical Solutions. “Today’s consumers see connectivity as just another commodity, a utility they depend on, but which they largely take for granted. What excites people is not the connection itself, but the data and content that travels over it.”

This, he says, is why OTT providers have made such a dent in telco revenues. Not only that, but OTTs have “damaged the perceived relevance and centrality of the telco by relegating them to a mere pipe for their services, an undistinguished highway between locations.”

This is why moving to the cloud is so important to preserve and grow telco revenue.

Moving to the cloud can help telcos financially because it can:

The reason that telcos can offer new services with cloud is because with cloud computing, an organisation neither needs to outlay excessive payments upfront for hardware, nor solve the age-old problem of where to securely store (and how to adequately maintain) new hardware in the hope that the new service offering has longevity.

With this reduction in upfront cost and physical burden, the world is literally their oyster, in terms of the new range of products and services that a telco can offer, thanks to cloud technology.

As a result, some telcos are starting with more basic offerings, like cloud storage. All it takes is server space and the infrastructure to support data transfer – which telcos already have. Verizon’s cloud storage service backs up users’ phones and lets them access photos, music, files, text messages and other data even when they don’t have their phones handy. Before Verizon Cloud, customers could have accessed similar functionality from Dropbox or Titanium Backup. But, because the service is integrated into users’ mobile plans and the prices are very affordable ($5/month for 500GB or $9.99/month for 1TB), Verizon has likely nabbed a portion of that market with little effort.

Singtel, on the other hand, have gone a few steps further. The largest mobile network operator in Singapore has embraced (and won awards for their) cloud technologies and now offers a private cloud infrastructure to the Singaporean government and offers a hybrid cloud solution to businesses in the region. Enterprises can partner with Singtel, a company they would already be familiar with and potentially loyal to, in order to significantly ease the process of adding cloud features to their own business models.

In a nutshell, telcos need cloud services not just to scale, but to foster brand loyalty, reduce churn and grow their (traditional and non-traditional) revenue streams.

But, Can They do it Alone?

Telcos might be behemoths who are “positioned to take advantage of cloud computing infrastructure because [they] control[] the means of access to those resources, leading to a natural synergy”, but…

“Software is eating the world, and it’s starting with the cloud. Telcos never figured out software, and that is the biggest reason they failed [in their early cloud attempts],” says Matt Asay in TechRepublic.

This is why smart telcos acknowledge that cloud services are not (yet) their core expertise. So, they either partner with cloud specialists (for example, for cloud provisioning, cloud email platforms, cloud data mining and more) or buy the external cloud expertise they need (a prime example being Orange’s acquisition of Basefarm, a hybrid cloud managed services firm).

Looking to the Future

Telcos of the future will be cloud telcos. How, when and what that looks like will depend on the industry’s speed of adoption, which in turn will be determined by the pace set by new and agile OTT competitors.

So, keep up the great work Amazon and Netflix. Whilst your existence in the ecosystem might be criticised by the old guard, it ultimately feeds the transformations of our telcos and their willingness to move to the cloud and shape a better future for all of us.

With 20 years of global, white label, email expertise serving telecommunications and hosting providers across every continent, you can trust us to keep your email platform secure, reliable and private. We offer user-friendly, white labelled, cloud hosted email with 99.99% uptime and your choice of US or (GDPR compliant) EU data centres. If you want to stay in-house, we offer on-premises webmail and/or mail server options. We power 170 million mailboxes worldwide and our customer satisfaction rating is 99%.

So, if you’re looking for a trusted email services provider to manage your customer email for you, so that your technical team can hand over email management and get back to core business, we can help.